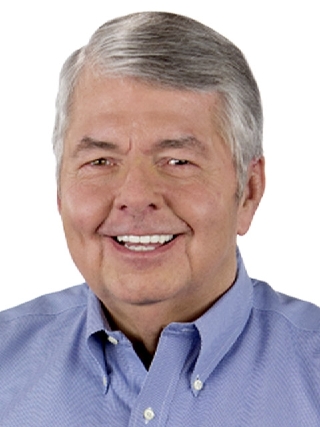 Kirby was born in Washington DC and moved with his family to the Seattle area at the age of eight. He graduated from Queen Anne High School and the University of Washington with a degree in history. He has also attended summer courses at Georgetown University and Hillsdale College.

He has been active in politics since high school and has served in various positions, including state chairman of the Young Republicans ( 1979-1981 ) and has been a delegate or alternate delegate to eight national Republican conventions.

He has worked for the King County Assessor and owned his own real estate appraisal firm, Liberty Consultants. He began working for KVI in 1993, doing the 9PM - 12 Midnight shift, moving to morning drive, 5-9 AM in January, 1995, where he was until leaving the station in November, 2009. He also taught home-schooled high school students during this time in American and World History and American Government and Economics.

After leaving KVI, he worked as state director of Americans for Prosperity, was elected state chairman of the Republican Party in 2011, and left that position in July, 2013, to become executive director of the National Journalism Center in Reston Virginia. There, he worked with college students wishing to enter the profession of journalism, training them in fact-based and accurate reporting, not based on personal agendas or political narratives.

He and his wife Trina have been married since November, 1980. They met on the Reagan campaign. They have two sons, Nathan and Adam.

His favorite pasttimes are reading a good history book or biography, enjoying a good burger, smoking a good cigar, shooting his .45s and AR-15s, watching Husky football and most of all enjoying family and friends.

He and his family attend Shepherd of the Hills Lutheran church in Maltby. He loves his country and is unapologetically American.

©   KVI | Portions are ©  Associated Press. All rights reserved. This material may not be published, broadcast, rewritten, or distributed.